The state’s returning Gatorade Player of the Year, the 4-foot-10 senior raced to a second straight individual state championship this past season with a time of 17:14.6. Cridge also broke the tape at the Sectional, Regional and Semi-state championships, repeating her junior year performances. She took fourth at the Nike Midwest Regional Championships and finished 28th at Nike Cross Nationals.

A leader at the Circle City Conference Leadership Summit, Cridge is an active member of St. Simon the Apostle Church, where she also serves as a bible camp volunteer. She has volunteered locally on behalf of Gleaners Food Bank of Indiana by providing meals for the homeless.

Lily has maintained a 3.81 GPA in the classroom and signed a National Letter of Intent to run on scholarship at the University of Oregon this fall. 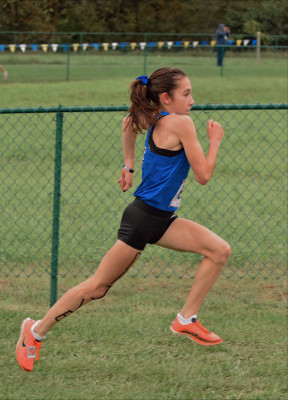 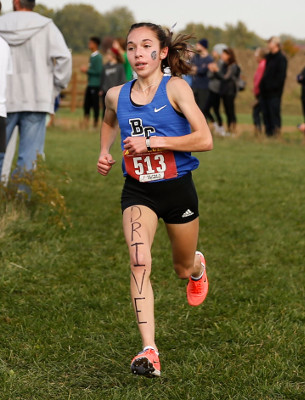 Read the full story at this link.

Faculty and staff recognize co-workers for exemplifying our 4 pillars: faith, learning, leadership and service. Ms. Schroeder was one of many recognized for leadership. Thanks, Ms. Schroeder, for all you do! twitter.com/i/web/status/1… pic.twitter.com/OeK6tkHGbZ

🏀 🏀 GIRLS BASKETBALL REGIONAL TICKETS!!! 🏀 🏀 📆 Saturday 2/11 ⏰ 4:00pm 📍 Greencastle HS 🎟️ A generous donor has come forward and is willing to purchase tickets for any BCHS student who would like to attend the game!! If you plan to attend the game click the link ⬇️

Fishing Club meets today and tomorrow after school in the ARC. Rumor has it there is FREE STUFF involved!!! 🎣 pic.twitter.com/Upmwx2Bg3T

Did you know…getting involved in high school isn’t just fun, it’s good for you too! We encourage our students to get involved early and often - looks like it pays off!! #trojansforlife #bchs #bchsclassof2027 pic.twitter.com/4dBqb2aZEJ